The Mysterious Money Raising by “Aid to Ukraine”, the US Democratic Party and the Suspicious Collapse of the FTX Crypto

On the cover image a cartoon by A.F. Branco for The Clarke County Tribune

Breaking news throughout the first half of November has been dominated by coverage of the sudden collapse of FTX, one of the world’s biggest cryptocurrency exchanges.

The crash has shaken the crypto market, lost institutional investors billions – and individual customers millions – led to official investigations of FTX in several countries, and made some question whether the Bitcoin sphere might crash and burn outright, and perhaps cause wider problems for the financial system.

Some take the view that FTX was a fraud all along, ever since its launch in April 2019. If that’s the case, it has grave implications for the US Democratic Party and Ukrainian government, as the company’s corrupt activity may have been used to fund both, openly and secretly.

On March 14, FTX launched a new online portal for cryptocurrency donations, Aid for Ukraine, in partnership with Ukraine’s Ministry of Digital Transformation. Through this, crypto traders, both large and small, could donate bitcoin and other cryptocurrencies, which FTX would convert into cash for the Ukrainian Ministry of Defense to spend on weapons and other war-related expenses.

WEAPONS LOBBY – 8. American Armaments Sales in Europe Booming thanks to the War in Ukraine: “US Colony after Nato Coup”

Very rapidly, the fund claimed to have amassed “over” $60 million in donations. By April 14, it was reported that just over $45.15 million of that sum had been splurged on digital rifle scopes, thermal imagers, monoculars, rations, armor, helmets, military clothing, tactical backpacks, fuel, communication devices, laptops, drones, medical supplies, and a “worldwide anti-war media campaign.”

The same records show a further $10 million was spent over the next three months – leaving around $5 million in the bank, so to speak. An Aid for Ukraine social media post on November 15 said this sum was still held in reserve, and that $60 million remained of the total amount of donations received through the portal to date.

This seems very odd, particularly given that Ukraine was reported to have received $100 million in bitcoin donations, and then spent almost all of it, between February 24 and March 11 alone, before Aid for Ukraine’s establishment. 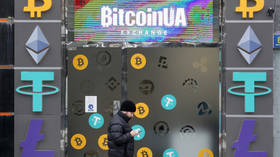 Ukraine has taken in at least $100 million in crypto donations this year, but what have officials in Kiev done with the money?

Are we to believe that – over the course of seven months, from the time the $60 million figure was first publicized to today – no further funds at all have been donated through Aid for Ukraine? Despite the entire crypto community having been able to do so, and being actively encouraged to do so that whole time?

Official investigations into FTX, and its founder and CEO Sam Bankman-Fried, have only just begun. However, it seems clear already that he secretly and illegally moved billions stored in the FTX exchange to its sister company Alameda Research, a quantitative trading firm that he also runs.

The gaping black hole Bankman-Fried’s sleight-of-hand created meant that, when customers sought to withdraw their money from the exchange, FTX didn’t have the funds to keep up with demand. It seems he was assisted in this underhand ploy by a “back-door” specially created for him in the company’s accounting, which meant sums could be moved into and out of the exchange off the books, and without auditors or FTX employees noticing.

Much of the money taken out of FTX by Bankman-Fried has disappeared completely. The US Securities and Exchange Commission and Commodity Futures Trading Commission are particularly looking at whether these stolen client deposits were used to prop up Alameda in any way, which was reportedly struggling financially.

There is, as yet, no sign though that these authorities are probing an obvious lead – Aid for Ukraine. Was money moved from FTX to Alameda, then channeled to Kiev to be spent on Western – mainly US – weapons, and indeed other activities that the government and its backers in Washington, London, and elsewhere in Europe and North America would prefer to be kept hidden?

Conversely, money raised beyond the initial $60 million total could’ve been funneled out of Aid for Ukraine by Bankman-Fried to enrich himself, or secretly spent for very different purposes – such as funding the US Democratic Party’s election campaigns.

Bankman-Fried is a very well-connected figure indeed in US politics. Over the course of the 2020 presidential election cycle, he contributed $5.2 million to two super PACs supporting Joe Biden’s campaign, and was the overall second-largest individual donor to Biden that year.

Such extravagant spending appears trivial today. In 2021/22, he provided tens of millions to Democratic causes and candidates, becoming the party’s second-largest donor, behind only “spyless coup” specialist George Soros.

Bankman-Fried has boasted of meeting policymakers in Washington “every two or three weeks for the last year.” Over 2022, this has included multiple audiences with senior government officials and top Biden advisers at the White House. These meetings escalated in volume around the time that the Ukraine conflict began.

On March 7, exactly one week before Aid for Ukraine was launched, his brother Gabe Bankman-Fried – who directs his political operations – visited the White House along with Jenna Narayanan, a Democratic strategist who once worked for the Democracy Alliance, which has been called the “most powerful liberal donor club” in the US.

Bankman-Fried himself then visited the White House on numerous occasions in April and May, concurrent with him donating $865,000 to the Democratic National Committee.

In early June, mere days after his last recorded White House meet-and-greet, Bankman-Fried announced he would invest up to $1 billion in further funds between then and 2024 to guarantee Biden – or whoever might take his place – won the next presidential election.

These activities have been interpreted by many as an attempt by Bankman-Fried to ingratiate himself with politicians to further his commercial interests. It is certainly true that, at the same time, he and FTX high-rankers were attempting to influence US lawmakers on crypto regulation, to make the market more favorable for his company.

In this context, the promised $1 billion appears to be a dangled carrot, an implied promise of future financing if Bankman-Fried got his way. Accompanying him on some of these visits was Mark Wetjen, FTX head of policy and regulatory strategy, who previously served as commissioner on the Commodity Futures Trading Commission under President Barack Obama – but only some. Were the other meetings related to Ukraine?

If so, the $1 billion pledge may have reflected what Bankman-Fried thought could be secretly skimmed from Aid for Ukraine for Democratic Party purposes. It’s conspicuous that in mid-October, he completely disowned that enormous commitment, saying, “That was a dumb quote. I think my messaging was sloppy and inconsistent in some cases.”

In repudiating his $1 billion promise, Bankman-Fried also quietly added that he would stop giving any money at all to political causes. It was just days later that it was announced FTX was subject to investigation in Texas for allegedly selling unregistered securities. Jump to a few weeks later, and the company had filed for bankruptcy.

Bankman-Fried clearly said something he shouldn’t have back in June – whether he got carried away by all the positive press and high-level access his political donations were receiving and wrote a proverbial check in public he couldn’t privately cash, or his comments drew unwanted attention to how much money was actually flowing into Aid for Ukraine, we do not currently know. But the truth must out.