On the cover image (already published by The US Sun, link at the end of this article) Ukranian child learning how to fire a gun some weeks ago amid fears of invasion claims Russian forces were planning to invade. This happened after Kiev Army bombing on retaliation against the false-flag attack on a kindergarten without any victims but attributed to the pro-Russians in the Donbass.

This is enough to believe that Neonazi militiamen inside National Ukrainian Guard are using civilian like human shields as blamed by Russian diplomatic before last UN Security Council.

by Asya Gaydarova on Sputnik International

“President [Vladimir] Putin and the Russian Defense Ministry explicitly and clearly stated that there would be no strikes targeting civilian infrastructure but nationalists are already using civilians as human shields,” Nebenzia said during a UN Security Council meeting on Friday.

Speaking of the draft UNSC resolution targeting Moscow, which was submitted Friday and vetoed by Russia, the diplomat called it “yet another brutal, inhumane move in this Ukrainian chessboard.”

On Friday, the Russian Ministry of Defense said that Pentagon and CIA advisers had taught the Ukrainian army how to deploy rocket-propelled artillery systems in residential areas to provoke return fire on local residents, in a notorious technique the United States has used in military interventions around the world.

“These methods are actively used by terrorists supervised by the CIA in the Middle East and other countries.”

The Kremlin announced on Thursday that Russia has started a special military operation in Ukraine in order to clear the country of Nazis, after the Donetsk and Lugansk people’s republics requested help in defending against Kiev’s aggression, as the Ukrainian Army has intensified shelling of Donbas, in violation of the ceasefire provisions of the Minsk accords, the implementation of which has been openly ignored by the Ukrainian government.

In his Friday speech, Russian President Vladimir Putin said that clashes are taking place not between Russian servicemen and regular Ukrainian units, but with nationalist formations, who are deploying heavy weapons, including multiple launch rocket systems, right in the central regions of large cities, hiding behind people in the hope of later blaming Russia for the civilian casualties.

The Russian military reiterated on Friday that the special operation does not target the civilian population, Russia has no intention of ”occupying” Ukraine, and the troops are to leave the country once the operation is complete.

The years after the collapse of the Soviet Union saw an unprecedented expansion of NATO to the east, with Moscow trying to negotiate principles of equal and non-divisible security in Europe with NATO states, underscoring that boosting defense and expanding the alliance almost as far as the Russian borders is a clear threat to Russia’s national security – a legitimate and justified concern on the part of any state, which the West has so far ignored.

In a recent address to the nation, Russian President Vladimir Putin pointed to the outrageous hypocrisy of the West, reminding them of the tragic events NATO states have been directly involved in but which they choose not to speak of. These include the bombing of Belgrade, the invasion of Iraq, the military interventions in Libya and Syria (where the US forces are still stationed illegitimately) – all against international law and under the pretext of ”saving democracy.”

“All these years, I want to emphasize this, all these years people who live in [Donbas] were actually abused: constant shelling, blockade, as you know, people living in territories close to the so-called front line were generally forced to move in the basements, they literally live there with their children,” President Putin said at a meeting of the Russian Security Council.

Western media, as well as politicians, have ignored the events in Donbas for 8 years, in which residents there have been exposed to what Moscow calls ”genocide” of the Russian-speaking population. At the same time, the West has provided Ukraine with foreign military aid, which has allowed Kiev to neglect the Minsk agreements all these years, with NATO basically pushing Russia and Ukraine into a confrontation by playing with Ukraine’s aspirations to become part of the West and NATO and seriously threatening Russia’s security interests.

The clear fact that has been flagrantly ignored is that the war has been going on in Ukraine since 2014.

In one of the most heinous crimes, on May 2, 2014, Ukrainian national-chauvinists locked demonstrators in Odesa’s House of Trade Unions, setting the building on fire. Nearly 50 innocent people died and some 250 protesters were injured in clashes with radicals, according to the UN. However, there has not been an independent international investigation into the massacre, nor has it received much attention from the Western media. To date, the current government in Kiev has prevented international officials from conducting an objective inquiry into the crime, demonstrating clearly that it is unwilling to condemn or punish the actions of Ukrainian neo-Nazis.

A right-wing nationalist government seized power in Kiev after a US-backed coup in ealy 2014 (Washington officially perceived it as installing democracy), which was immediately followed by boosting NATO’s defenses in the east, prompting serious concerns from the Russian government about its own national security and stability in Europe on the whole. 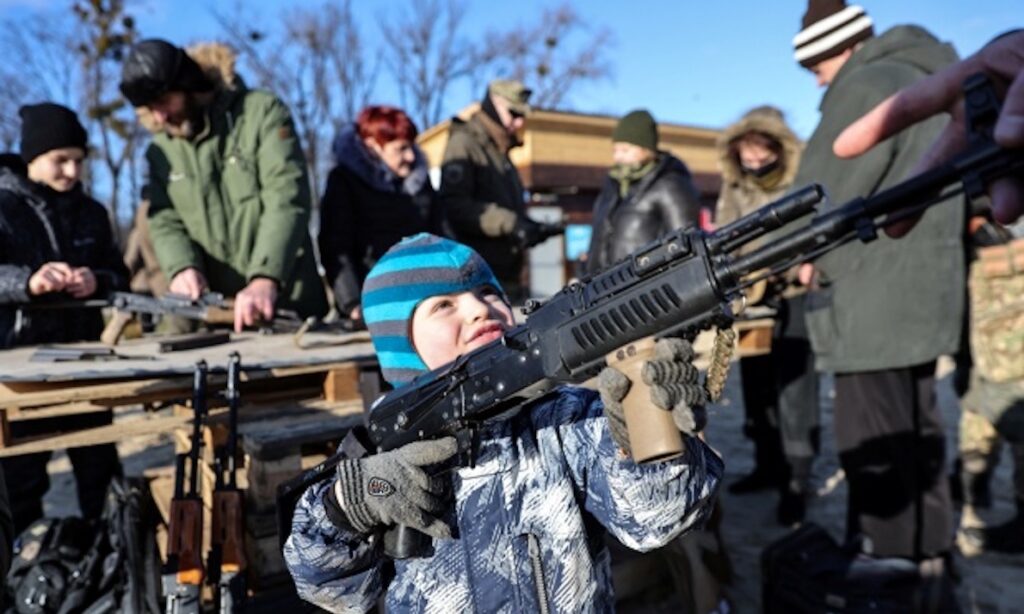 “US Military-Industrial Complex Wants War in Ukraine” Gabbard told. As the Nightmare of CEPA’s Plan

GREAT US! Musk’s Firm under Investigation for Animal Testing. None for Manmade SARS-Cov-2 or Dangerous mRNA Vaccines on Humans