LOBBY WEAPONS – 3: THE ZIONIST KING OF DRONES AND MERCHANT OF DEATH

If Israel’s arms market has grown considerably worldwide, as highlighted in the previous report (link at the bottom of the page), the merit is certainly also due to the “spy-killer” lord of drones launched to conquer the US.

An Israeli tycoon awarded by both the Zionist Masonic lodge B’nai B’rith of Washington and the University of Jerusalem, but also honored with the British imperial title MBE by Queen Elizabeth II in 2014, despite its multitude of weapons, Elbit Systems, had ended up in the spotlight of human rights activists both for the production of deadly white phosphorus rockets, similar to those used by the Israel Defense Forces in the Gaza Strip in 2008-2009, and for the sophisticated devices provided to the Tel Aviv government for military activities in the West Bank that would also be used for espionage and hacking of international journalists through commercial spywares… 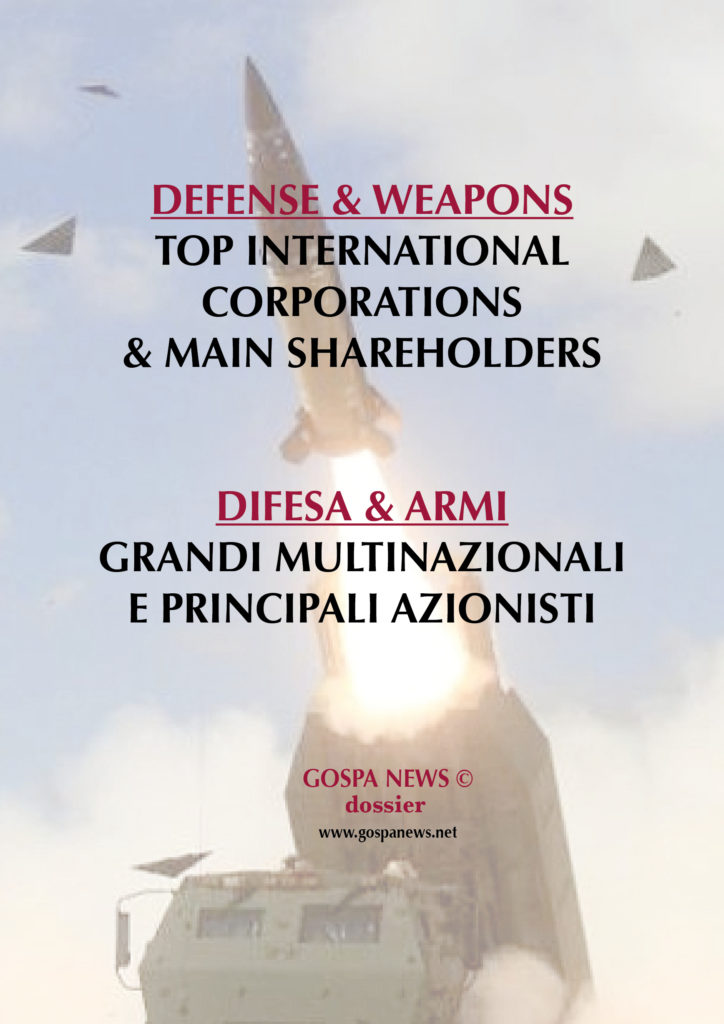 4 pensieri su “LOBBY WEAPONS – 3: THE ZIONIST KING OF DRONES AND MERCHANT OF DEATH”

Corrupt with Diamonds: Italian Judges Sentenced to 16 and 10 years in Prison

Italy Split by Lockdowns, Mobsters at Risk of Release for Covid. Republic’s President appeals to the Nation’s Unity

MEDIAs CROWN BIDEN PRESIDENT but Trump Not Give Up. The Gore’s case: president for only 37 days

”Target Shooting to Italian and Russian Reporters in Donbass”. But NGU Warrior Acquitted of Murder as asked by Kiev & Soros-puppets

Italian Former PM under Investigations for Black Funds. His relatives for $ Millions from US Foundations controlled by Obama-men

Armed Attack in Vienna: 4 deaths. The claim of ISIS Jihadists. New Lethal blitz after Turkish assault in a church